“Each today, well-lived, makes yesterday a dream of happiness and each tomorrow a vision of hope. Look, therefore, to this one day, for it and it alone is life.” 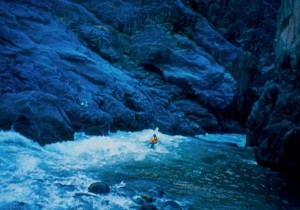 We have just gotten our first look at the rapids of the mighty Cotahuasi river. They are “¡Muy fuerte! (very strong)” and we are bit nervous!   The first 4 miles were continuos class IV+, and the reality of a real adventure is staring us in the face.  This was our warm-up run for an eighty-five mile journey of Class IV and V whitewater in a remote canyon, and we are flying high on adrenaline as we hike out of the gorge and through the narrow streets of the ancient city.

Randy, Scott, and I have come to paddle one of the classic whitewater runs in the world, and the first day has been very impressive. The Cotahuasi starts high in the Andes and flows through the Atacama Desert, where it has carved one of the deepest canyons on Earth. 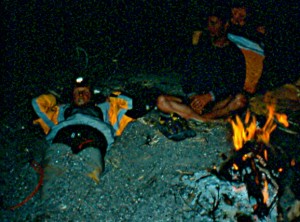 A chilly night in the high Atacama Desert.

The village of Cotahuasi is at the end of the road from Arequipa, and it sits on the rim of the great canyon. It is a trading center for the nearby villages, and some of the local farmers have to walk as many as six days to get here. Many of them come only a few times a year, and they dress in their finest clothes to celebrate the occasion.

We had arrived in Cotahuasi the day before, after a James Bond ride through the streets of Arequipa and an eleven-hour bus ride on a bad dirt road. We had almost missed the bus because we lost track of time while partying with some old friends in Arequipa, but our friend Duillio Vellutino made sure we got to the station on time. 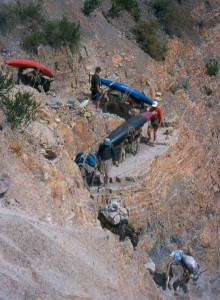 Burro assisted portage on the Cotahuasi with Scott Young and Randy Kennedy.

Duillio is normally a very fast driver, but we had the opportunity to see him at his very best. It was rush hour in the small city, and the traffic at a major intersection was backed up for about twenty minutes. The local drivers had managed to turn three lanes into about six, and we needed to turn right, but so did everybody else.

The Peruvian government is very poor, and they don’t have as much credit as the U.S. so they conserve money by stationing officers in lookout towers at key intersections, where they radio to the cars that are on patrol. After about ten seconds of waiting, Duillio suddenly swerved to the left, then carved his own path around the six lanes of waiting traffic and squealed through the intersection. Pedestrians were running for their lives, and he put his hands together in prayer as he looked at the lookout officer pleading for mercy. But we made it to the station on time.

The Atacama Desert was spectacular under the full moon and we arrived in Cotahuasi at dawn. There was room at the hostel Duillio had recommended, so we dropped our gear on the dirt floor and found a bus to the local hot spring. 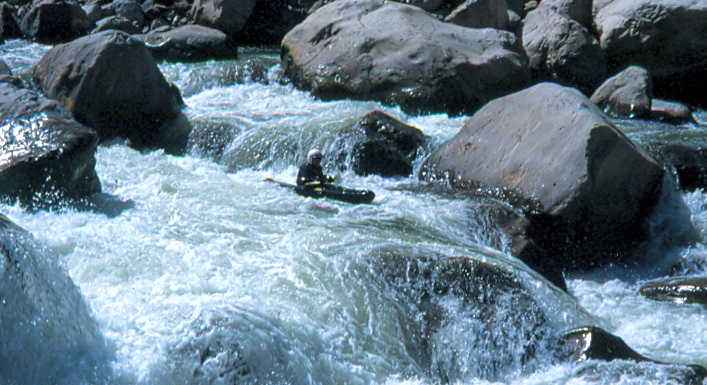 My friends (including the late John Foss) had paddled the first descent of this great river in 1994, but I had missed out because of work. Their stories and photos have been on my mind ever since their trip, and now, finally, I am here! I am six years older (and maybe a bit wiser), and at this moment, my fears are very real. I have a wonderful girlfriend, and my life is very good. But I also love the rivers and the incredible — but often dangerous — canyons carved by them. These awesome gashes in the earth are not easy places to visit, but the reward is well worth the venture. 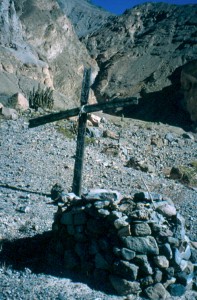 Cemetery in the surrealistic ghost village.

The Rivers of Peru

The Best Adventure Guides in Peru