Dancing on the Edge of an Endangered Planet

The best adventure guides in Peru

Wild tales of adventure and a bit of inspiration is the subtitle of this book. Wild tales, indeed!
Author John Mattson may have started life on the lonely prairies of North Dakota, but boy oh boy did he ever pack a hundred years of adventures into one life. From page one to 252, I don’t think anyone could jam more sights, adventure, craziness and unharnessed will to live into one book. This was a fun one to read.

Starting out a college student who decides to try alpine skiing on a whim, then moving on to being a rodeo cowboy, a rock climber, a free spirited kayaker , a river explorer, and more, this is a story that made me think how I wish I could have done just one of these things! Full of old photographs and tall tales galore, Mattson easily and humbly describes his life enjoying the many natural splendors of our planet–and the dangers as humanity’s greed and evil lay bare the ecosystems that Mattson holds dear.

Although it is not a literary masterpiece–there are a few typos, and the oversized manuscript is a little unwieldy, the typeface choppy–I don’t doubt for a minute that Mattson ever intended for it to be a highbrow book. His wild storytelling feels like you’re sitting next to him at a bonfire, sipping coffee, swapping tales. His enthusiasm for life and extreme sports is never told with a haughty swagger, but almost with an innocent, slightly crazy daredevil’s smirk, in natural country boy I can’t believe I actually did that twang that makes you feel entirely at ease–even as you are stepping off an alpine cliff with him, ready to slalom to the bottom on homemade skis.

Dancing on the edge takes you from country to country , from the US to Belize, Nepal, Chile and more, as cars break down and are left roadside, as small groups of hardcore adventurers sleep in caves and under the stars, as avalanches and river rapids and danger-filled landscapes threaten them at every pass. I truly appreciated Mattson’s descriptive talents as he took the time to look for and tell the reader about natural wonders along the way: sunlight sparkling on river rapids, flocks of ewes on mountaintops, the simple but delicious foods he enjoyed. He speaks often of the friendships he made, and often cites near strangers by name, as if tipping a gloved hand to them for the warm memories they made together.

I found it fascinating that he also includes great mechanical and engineering detail about equipment used and locations visited (in between jumping off mountains and sliding down rivers, he earned an engineering degree and is a designer-builder). Because of this attention to minuscule details and embellishments, I really felt like I was there, too.
If you’ve ever wished that you could just lock up your house and take a wild trip around the world, with no luxurious hotels and a/c to distract you from enjoying the natural planet and its people, take a copy of this book and read away. You’ll be wiping sweat off your brow and steadying your heart rate in no time.

“Trust in dreams for in them is the hidden gate to eternity.”  Kahlil Gibran 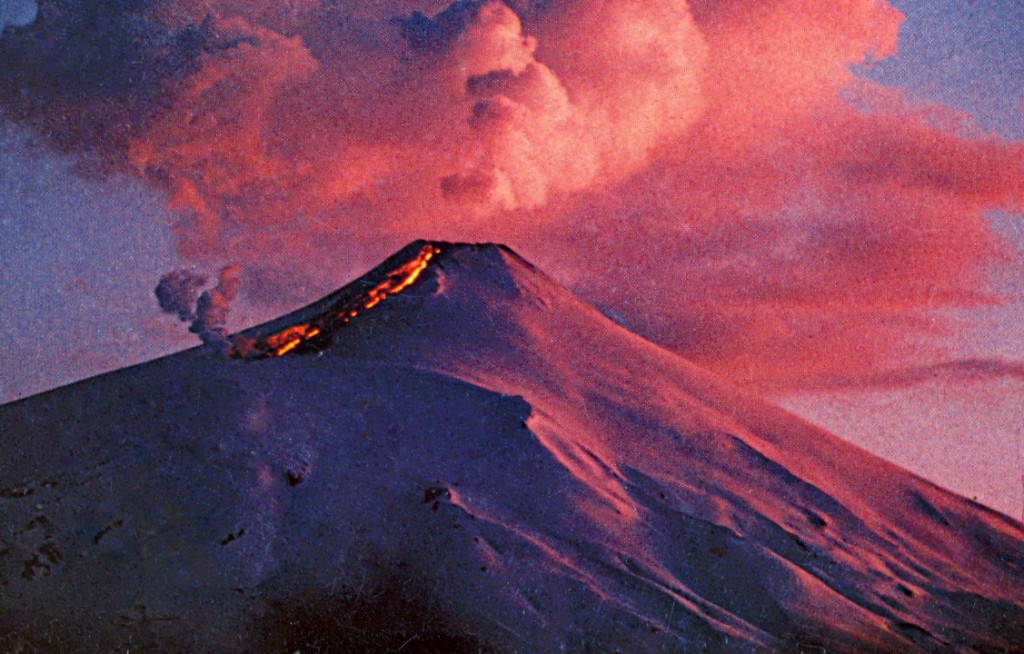 The first time I saw Volcán Villarrica, it was exploding, and torrents of fiery lava were pouring down its slopes. We were busy kayaking the Río Trancura, and the thought of skiing this pristine mountain never even crossed my mind. 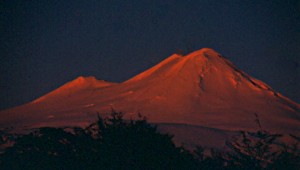 The magnificent rivers of Chile held me in their grasp for many years, and I enjoyed some incredible voyages, but the great mountains kept beckoning, and I finally answered their call.

Volcán Villarrica towers above the trendy tourist village of Pucón, Chile, and climbing the volcano has become one of the most popular pastimes in town. During the warm, summer days, dozens of adventurous tourists put on crampons for the first time in their lives and amble up a well-worn but steep glacial trail to the summit of the lofty volcano. In good conditions, it is an easy climb. But in bad weather, which is very frequent, the throngs of novices on the icy slopes have suffered many accidents and a few deaths, so the authorities managed to convince us that we had to have a guide. 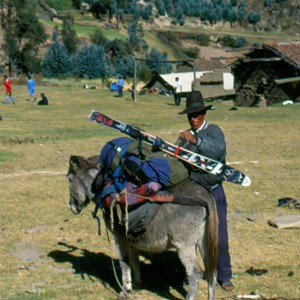 Guiding climbers up the volcano was the biggest gig in town, and the rates were very competitive. But finding someone who would also rent skis — and allow his clients to take off by themselves — took some doing.

“You want to ski the volcano?” the skeptical owner of Sol Y Nieve (Sun and Snow) asked.

Though there was a small ski area on the lower part of the mountain, the idea of summer skiing had not yet arrived in Chile, and he looked at us like we were a bit crazy. But, he didn’t want to turn down business, so he found the key to his ski storage area and rented us the necessary equipment. The skis were somewhat ancient, but they looked reasonable, and he seemed to be the only source in town, so we paid a small deposit and made plans to meet him the next day. 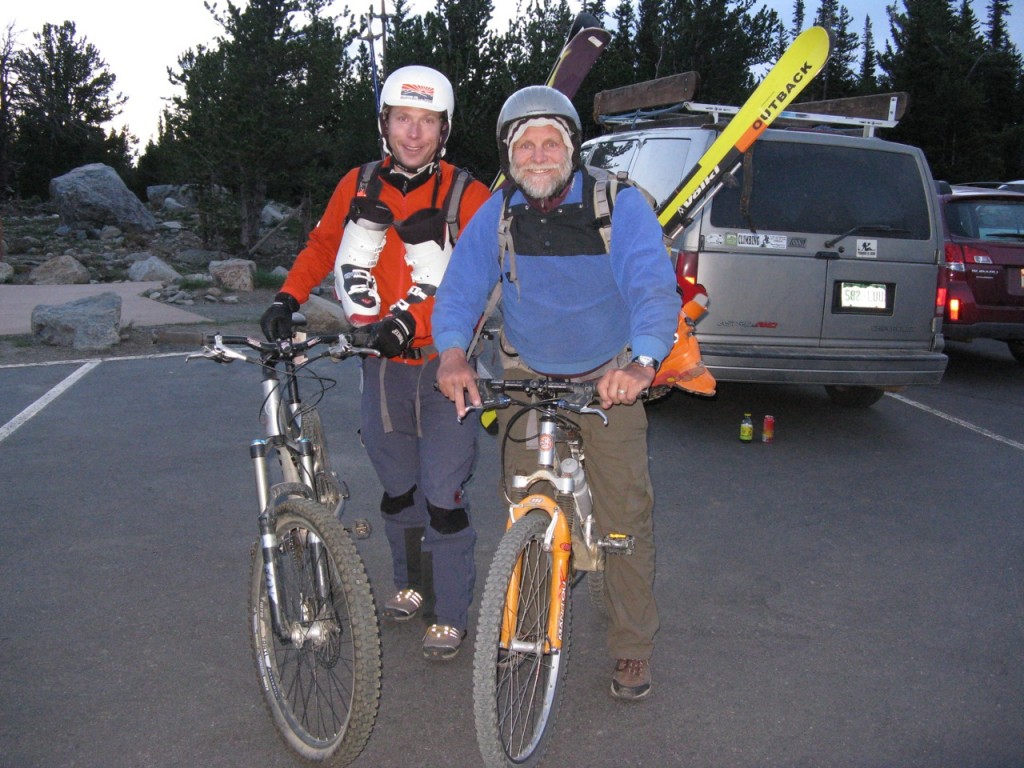 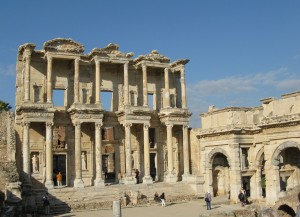 The Ancient city of Ephesus

The southern coast of Turkey was once part of the great Greek and Roman empires, and shares the same history and spectacular sea. Antalya is a very pleasant city with a great museum, beautiful beaches, extensive parks and an ancient city that has been well preserved. The old buildings have been turned into shops and pleasant hostels, and the seaside restaurants are excellent. This zone is almost free of cars, and provides a great environment for walking and admiring the ancient architecture and beautiful coast. Many great mountains rise directly from the sea and provide a stunning vista that is often covered with snow.

Limestone is the main component of many of the surrounding mountains, and sport climbing is rapidly gaining popularity. Antalya is becoming a center for rock climbing and the small community of Olympos provides a variety of bolted routes on good quality rock. It is also the home of some very interesting hostels including a classic group of very funky tree houses. The water is very pleasant for swimming and diving, and the ancient Roman ruins provide great hiking in a non-crowded environment. It is also the home of a natural eternal flame which was probably used to light the original Olympic torches. The flames provide a warm, natural campfire, and it’s fun to show up at sunset with hotdogs and marsh mellows. 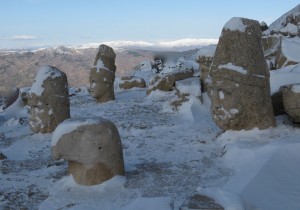 The ancient Greeks chose this lofty mountain to build a great monument, and the remnants are often considered the eighth wonder of the ancient world. The huge statues of the ancient Gods are truly stunning, and the region is filled with many other wonders. The culture of eastern Turkey varies greatly from that of Antalya, and is a thrilling part of this Turkish adventure. The locals are very friendly and traveling by bus is 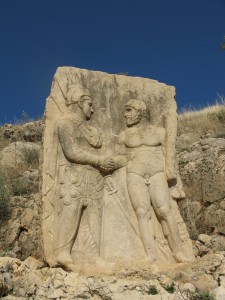 easy. The oil boom town of Kahta offers comfortable accommodations and is the best place to find a tour bus or taxi. The road is steep and often icy so winter travel is not advised. 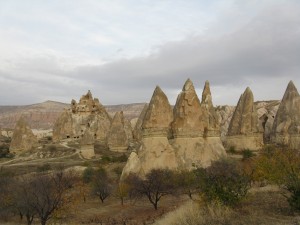 The Fairy Tale Valleys of Capadocia

This stunning land of volcanic towers and cave houses is a highlight of any Turkish vacation. Great trails wonder through pristine valleys with incredible vistas, and a truly magical environment. The towers have been formed by a soft volcanic ash which is very easy to excavate, so ancient cultures turned many of them into homes. The pleasant village of Gorume is filled with tourist amenities and provides a great base camp for hiking in this region. There are some very grand cave homes and cathedrals, and many of the hostels have rooms that have been carved out of the spires.

Wandering the Ancient Streets of Istanbul

The old Constantinople is one of the most remarkable cities in the world and provides dozens of premier sight-seeing activities. Hagia Sophia is one of the greatest ancient churches, and has a history that spans almost two thousand years. The Blue Mosque is also stunning, and there is a famous monument on almost every corner of the old walled city. A trip to the Black Sea along the Bhosporus is a thrilling way to see the many great monuments of this ancient trade route, and the old city is filled with restaurants and comfortable hotels.

The Republic of Turkey provides a diverse and thrilling landscape for adventure travelers of all types, and the prices are very reasonable.

Dancing on the Edge of an Endangered Planet https://danceonedge.com/?page_id=22